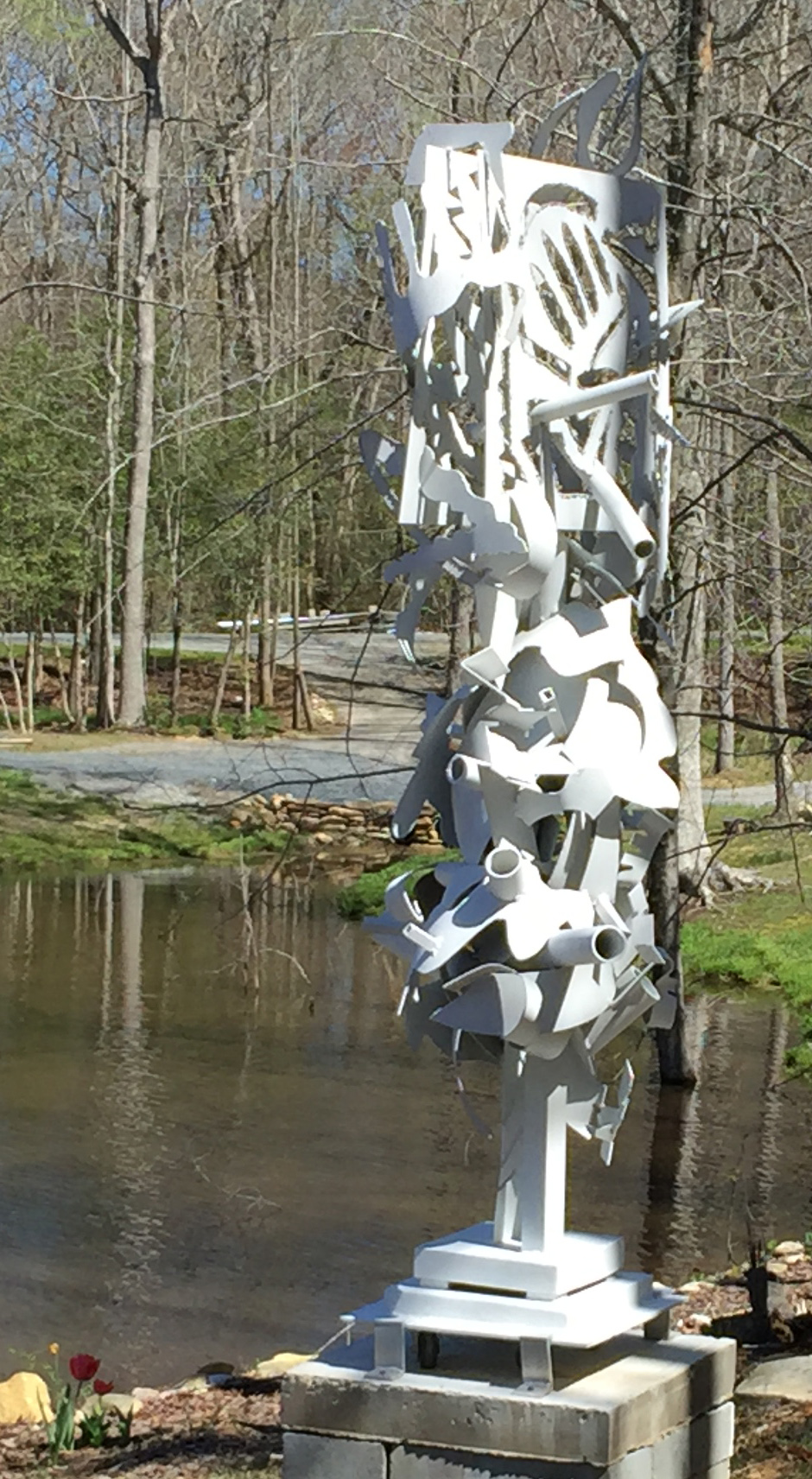 Richard Pitts was born in 1940 at Fort Monmouth NJ. He was born into a military family and for the first 8 years traveled with his parents.  After high school he met his first art mentor, the well known sculptor, Ruben Kadish at the Newark College of Fine and Industrial arts.  He moved to New York and after a tour in Europe with the US Army, he graduated Pratt Institute in Brooklyn NY. He began exhibiting his art works in 1969.

He was invited as artist in residence to teach at the Kansas City Art Institute from 1970 to 1973.  Returning to his studio in Chelsea NY he had numerous one person shows. He taught in the Fine Arts Department at The Fashion Institute of Technology where he retired as a full professor.

He now divides his time between his NY studio and his studio in rural Pennsylvania. Richard is represented in major museum and private collections across the country.

Dancing Down The Staircase