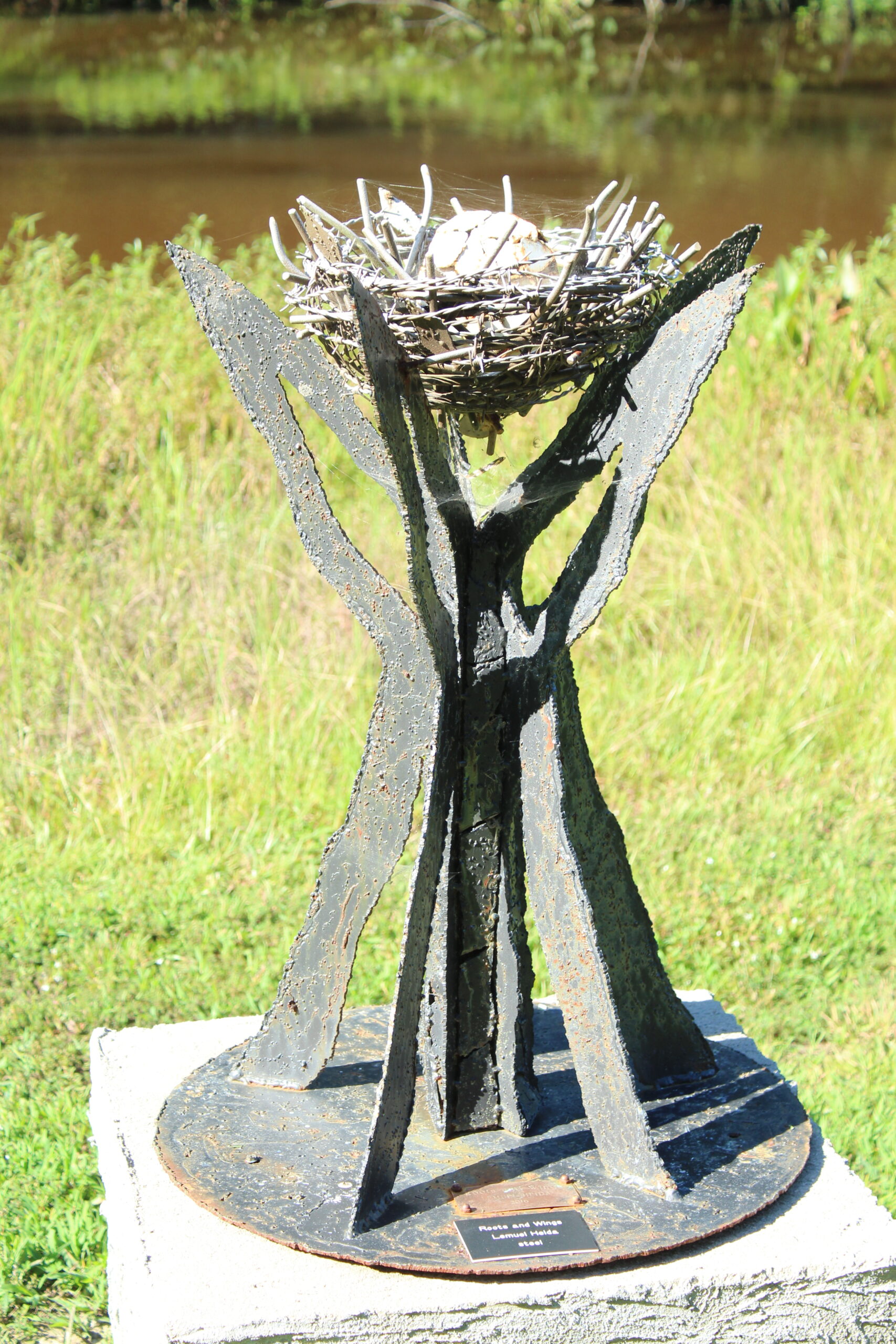 Lemuel Heida is originally from Buffalo, NY.  He began drawing at about age seven and after struggling with PTSD and depression in 2009, discovered photography as a means of expression.  Always finding enjoyment in working with his hands, he began making sculpture in 2015. He draws experience from his military service and mental illness to speak about pain, fear, and control. Lemuel has won several awards for his photography including best in show at the 2016 All Student Art Show at The University of North Carolina at Wilmington where his photographs are part of the permanent collection. In 2016 he was also awarded a full scholarship to The Penland School of Crafts to study some of his other passions; alternative processes in photography, building cameras and lenses, and making handmade paper. He is also the Volunteer Coordinator of UNCW's Art Therapy Club and very involved with the Student Veterans Association.

While this work is not at the sculpture garden, it is for sale through Carolina Bronze Sculpture. If you are interested in purchasing one of the scuptures, contact Melissa Walker at melissa@carolinabronze.com.